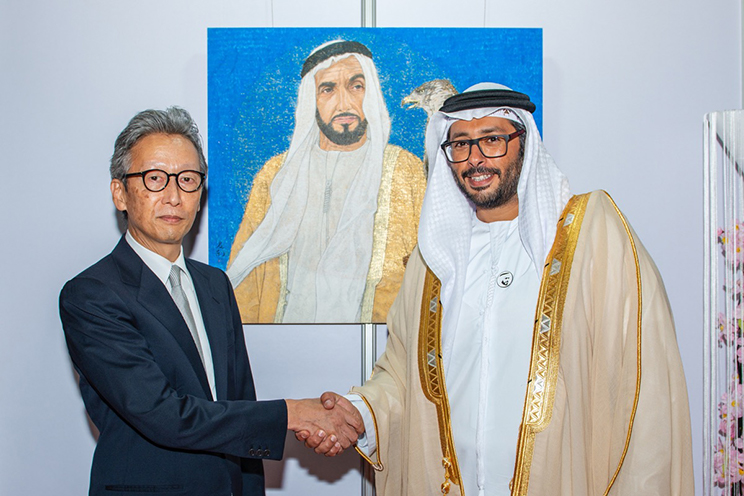 For a five-day period from August 27th (Tue) until the 31st (Sat), we exhibited our work at the largest culture exhibition”ADIHEX” (Abu Dhabi Hunting & Equestrian Exhibition) held in Abu Dhabi of the United Arab Emirates (UAE).

Visiting the exhibit and deepening international exchanges with visitors on a daily basis was famed Japanese painter Tomotoshi Hoshino, one of the participating artists in the Japanese Hall “MIYABI” which was established for the first time this year. The second day of the exhibition saw the sale of a pair of his works, “Large Odoshi Armor with Red Strings (National Treasure)” and “Odoshi Armor with Red Strings (National Treasure)”. Regarding the purchasers, a Lebanese couple who were artists themselves, Hoshino had the following praise. “Just one look at my work and I could feel the passion that the wife felt. Her enthusiasm fueled my confidence as an artist. As for her husband, he liked my other works, but he was particularly in agreement with how I consciously structured my composition, which made me very happy.” 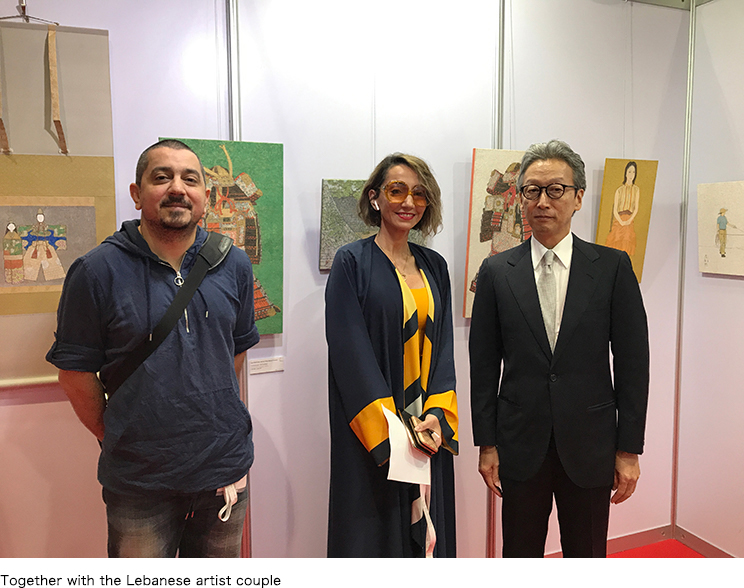 The showpiece of this exhibition was the newly produced portrait of the UAE’s former president Sheikh Zayed Bin Sultan Al Nahyan, titled the ” Sheikh Zayed and Falcon”. Catching the eye of Sheikh Ahmed Bin Hamdan Bin Muhammad Al Nahyan, the Japanophile of the Royal Family who visited the exhibition, the painting was presented to the Sheikh. Following the exhibit, the painting was delivered to the Sheikh’s home where it decorates the entrance hall and greets the visiting international guests. 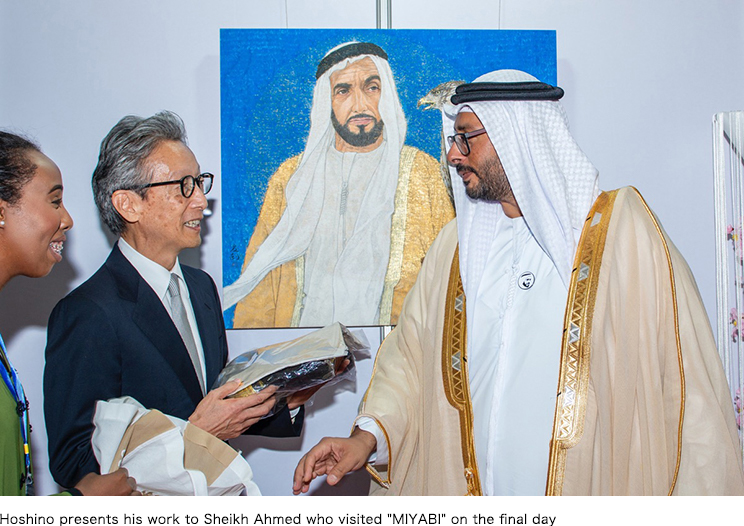 Regarding his first visit to Abu Dhabi, Hoshino had this to say. “With Abu Dhabi, we tend to focus on the richness of its gorgeous buildings and the prosperity of its people. However, when I went there for myself I was deeply moved by the pure and reverent mood that enveloped the nation.”

The culture that is unique to the UAE and the consciousness towards beauty of its people will likely influence Hoshino’s work, giving us much to look forward to in the near future. 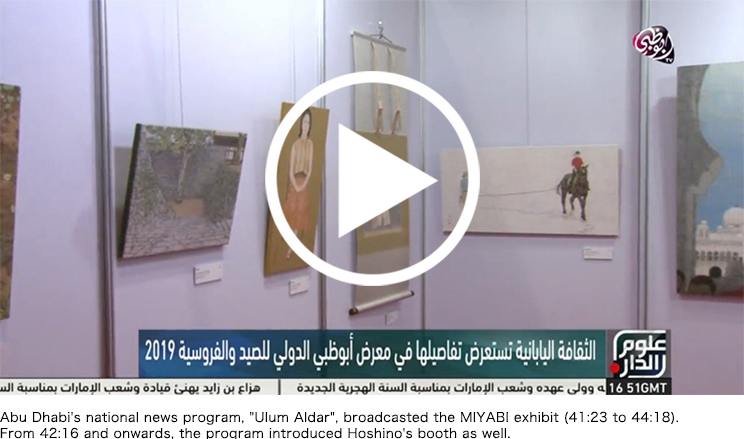