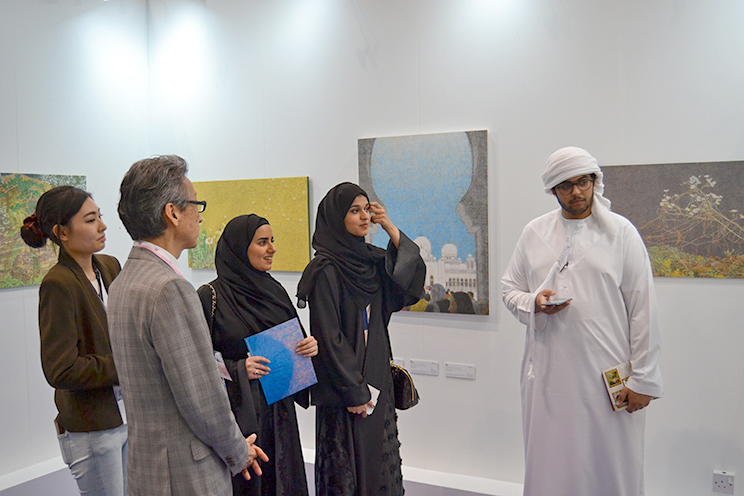 “JAPAN TIDE”, the first Middle Eastern Japanese cultural communication project was held in Dubai the United Arab Emirates for a four-day period starting from April 12 (Wed) to 15 (Sat), 2017. The project was exhibited in the special “JAPAN ZONE” booth within World Art Dubai. 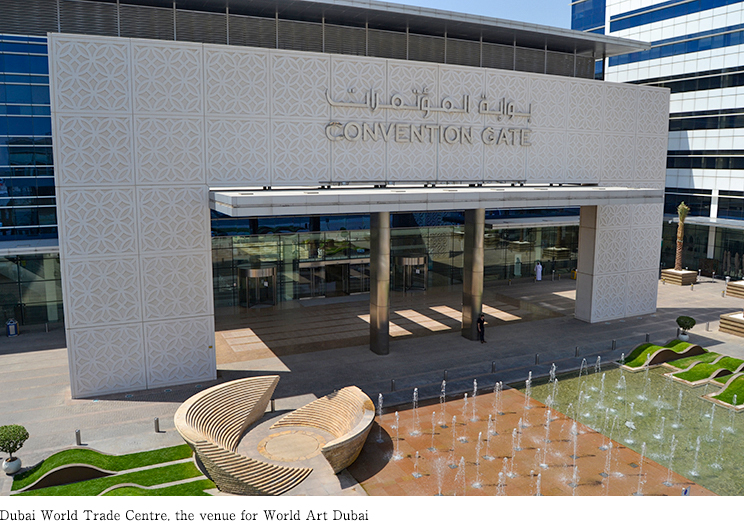 His first visit to the Middle East and Dubai, Hoshino recalls his impression which appeared to deeply affect his recognition of the exhibition’s significance. “I felt that this place was an invaluable source for opinions as its visitors included not only the local people of Dubai, but various collectors and artists from the Middle Eastern countries, Europe, the United States, China, and Korea.” 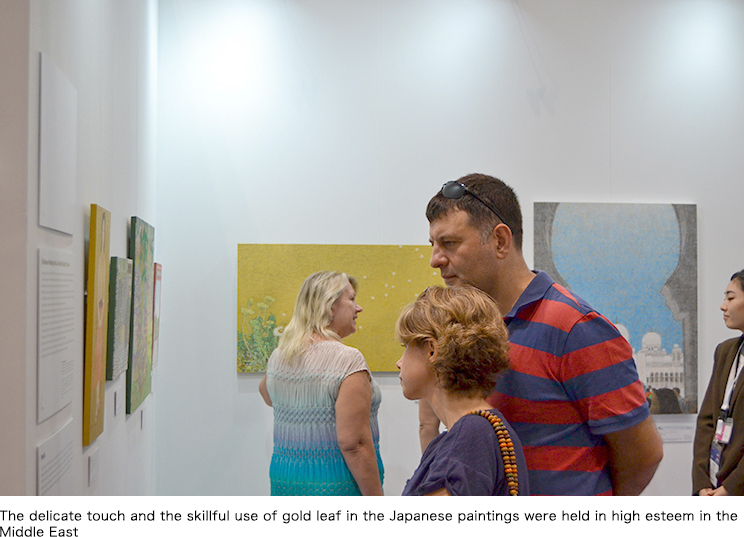 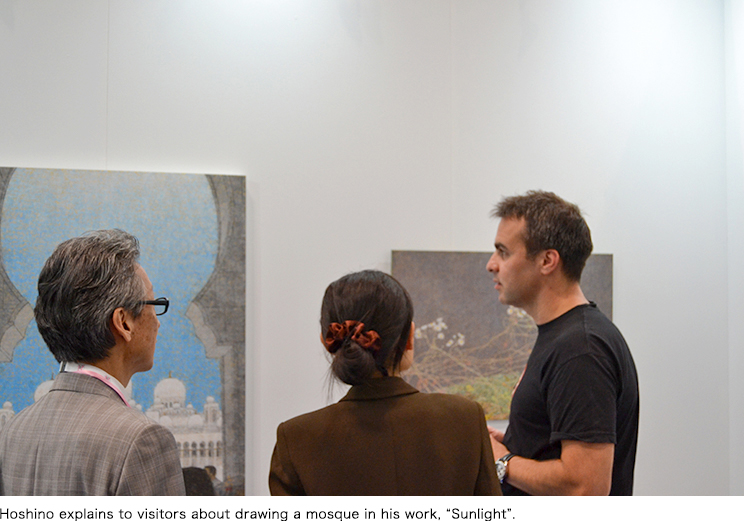 Regarding the exhibit, he had this to say. “I was surprised by the unexpected number of collectors and artists who visited our booth. At the height of modern art, I was encouraged by the many people who displayed an interest in my kind of art. Entering into a contract with a local gallery was a major event for me.” This recollection revealed the artist’s heightened desire for overseas expansion. 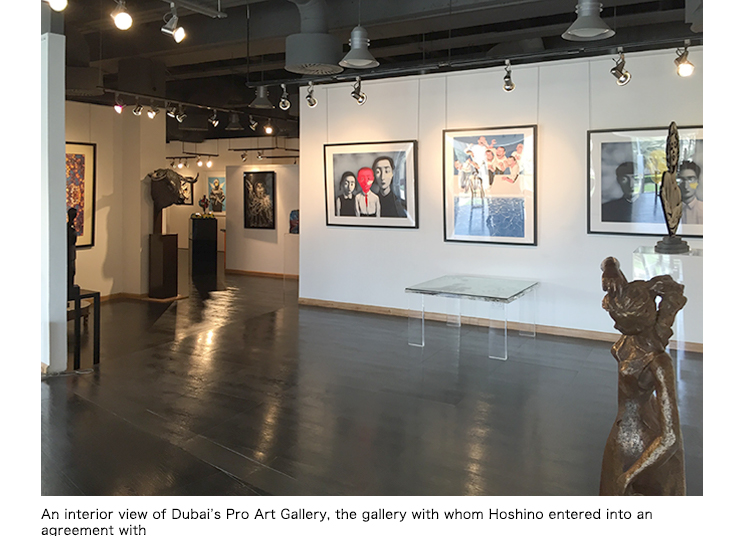 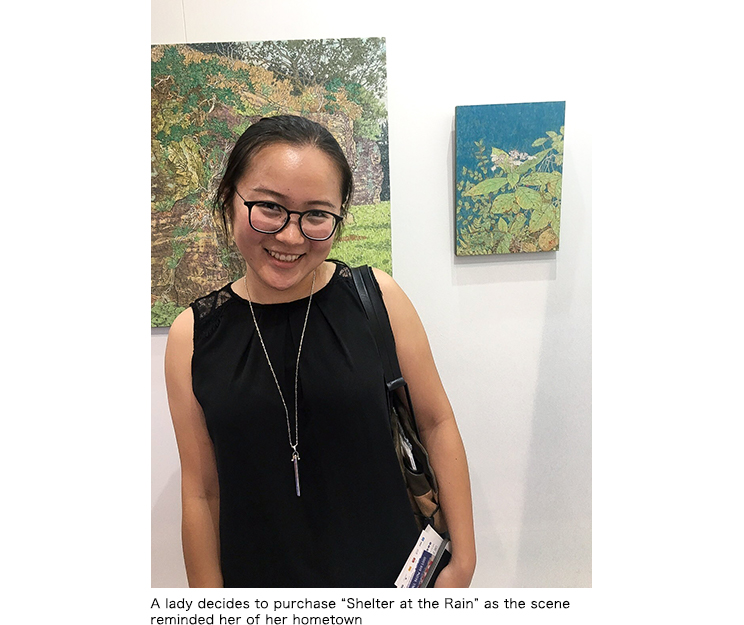 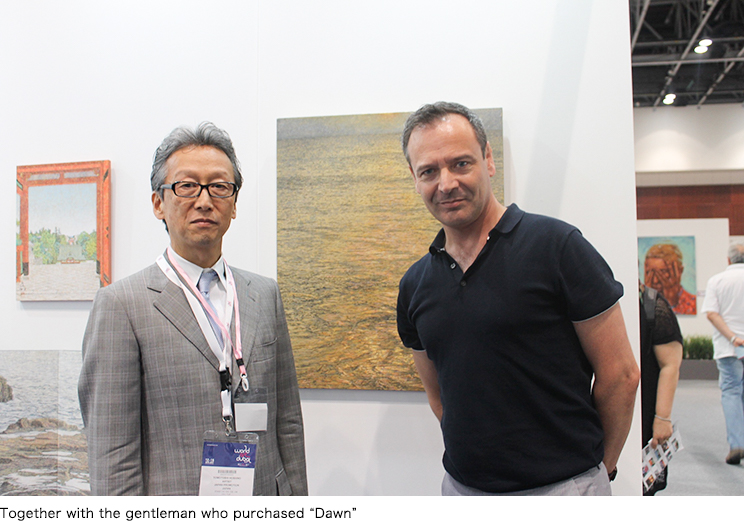